THE MILTON MARGAI SCHOOL FOR THE BLIND CHOIR

Directed by Adam Friedman and Iain Kennedy, and filmed in Malawi and Sierra Leone, the film spotlights the quest of Ann Gloag, the indefatigable philanthropist and former nurse who drives the movement to save these vulnerable women, and presents the patients as they tell stirring tales of their struggles and triumphs.

Everything culminates with the exuberant Gladi Gladi ceremony, a singing and dancing blowout that marks the day the women return home cured. 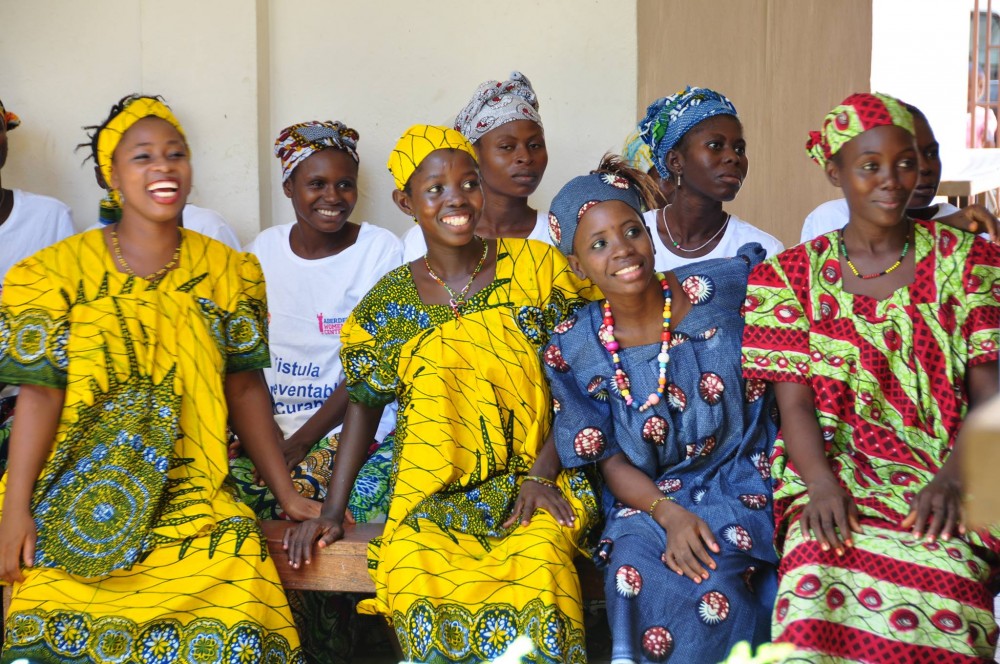 Obstetric fistula is not a disease—it is a condition caused by prolonged, obstructed childbirth. It is most prevalent in young girls like Carolynne Nikomo, who was afflicted at 12, but it has been pandemic for so long that Vanesia Laiti, a woman in her 70s, lived with it for 40 years before she recently received treatment. Some of these women’s stories have happy endings, like Carolynne, who is able to have another child, but many are not able to be fully cured, or at least not immediately. Still, all the patients encounter doctors, nurses and midwives who work around the clock to help them. For women who have been shunned by their husbands and families, this is truly life-changing. 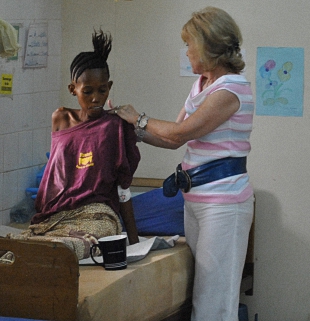 Ann Gloag, the Scottish founder of the Freedom from Fistula Foundation, grew up in modest circumstances, but was taught by her parents to always give as much as she could. Now, after creating with her brother one of the largest transportation companies in the world, the former operating room nurse has both the means and the will to do more. As both a compassionate person and a canny businesswoman, her goal with her African charities is to make them self-sustaining and operated as fully as possible by Africans.  SHOUT GLADI GLADI is set in two of Gloag’s clinics: the Fistula Care Centre at the Bwaila Maternity Hospital in Lilongwe, Malawi; and the Aberdeen Women’s Centre (AWC) in Freetown, Sierra Leone. 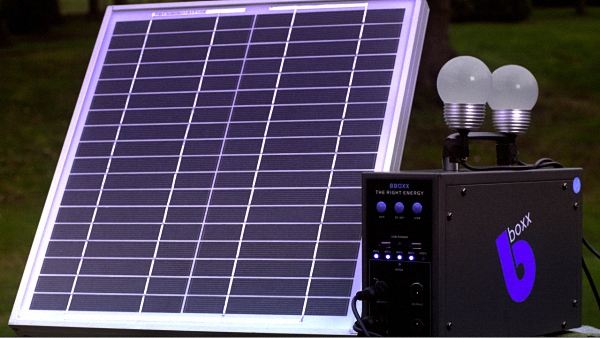 As the patients left their villages as pariahs, it is not enough for the caregivers to heal them and return them to where they will continue to be ostracized. Many also receive a BBOXX, a compact solar-powered electricity generator capable of charging as many as five cell phones at a time. As most remote areas are completely lacking electricity, this is a godsend as people previously had to travel long distances for an electrical charge. The formerly untouchable women are transformed into highly appreciated and respected members of their communities. They can earn a living or pursue other productive work, pay back their loans, and even run a light at night, enabling their children to study.

In addition to Meryl Streep’s deeply felt and forceful narration, other voices in SHOUT GLADI GLADI include: Melinda Gates, cofounder of the Bill & Melinda Gates Foundation, sponsor of numerous initiatives across the African continent, including health care, agricultural development, financial services for the poor, and the struggle against diseases like malaria and HIV/AIDS; Nigerian playwright, novelist, poet, essayist, teacher, and political activist Wole Soyinka, the first African to receive the Nobel Prize for literature; Hawa Hawatouri, founder of the Haikal Institute in Sierra Leone, a welcoming home where recovering AWC patients receive education and training to prepare them for their reintegration into society; and Dr. Jeffrey P. Wilkinson, the Senior Surgical Consultant of the Freedom From Fistula Foundation, who has been involved with maternal care projects in numerous countries across the globe.

SHOUT GLADI GLADI is literally a story of rebirth. It recounts the tales of women who have lost the opportunity to live their lives without shame, and yet do not seek our sympathy. Instead, they exude the newly discovered radiance of hope. Whether or not they are brought out from their suffering, they have found companionship with other women like themselves, and have discovered people who try to bestow on them a new life. At the climax of the high-spirited Gladi Gladi ceremony, the gates to the clinics swing open wide, and the celebrants spill out into the streets in a joyous dance.

SHOUT GLADI GLADI is ultimately as uplifting and optimistic as these very special women are; it’s an invitation to join hands and shout Gladi Gladi along with them.

THE MILTON MARGAI SCHOOL FOR THE BLIND CHOIR