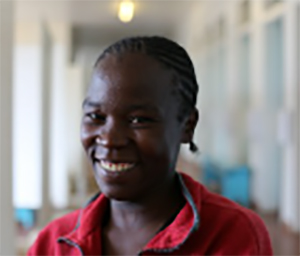 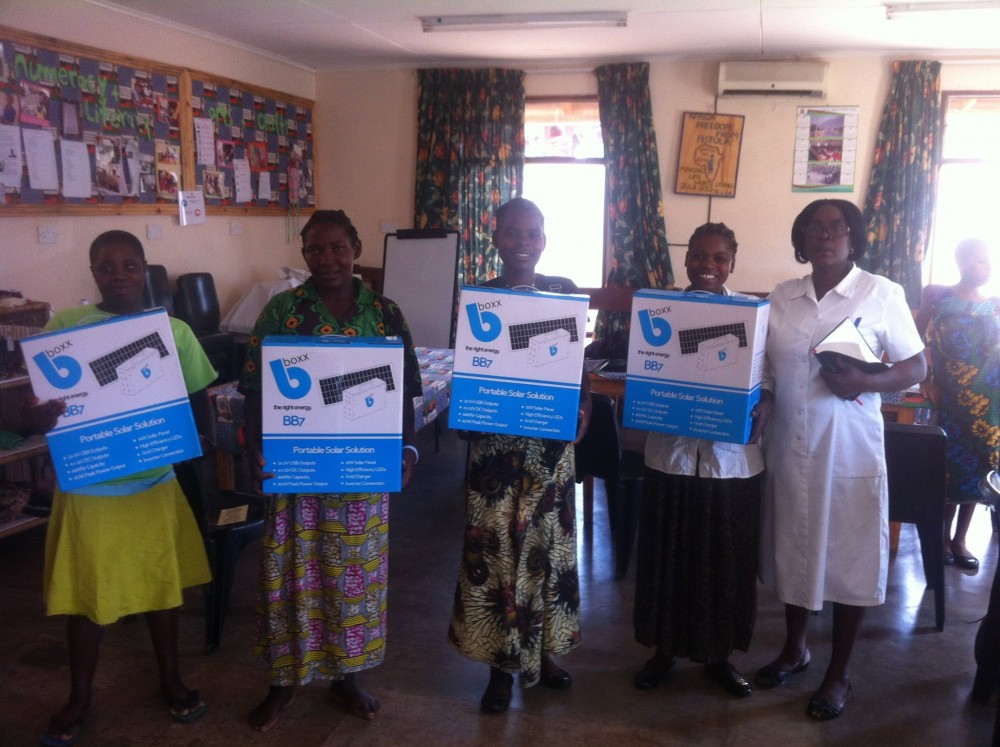 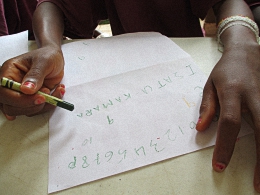 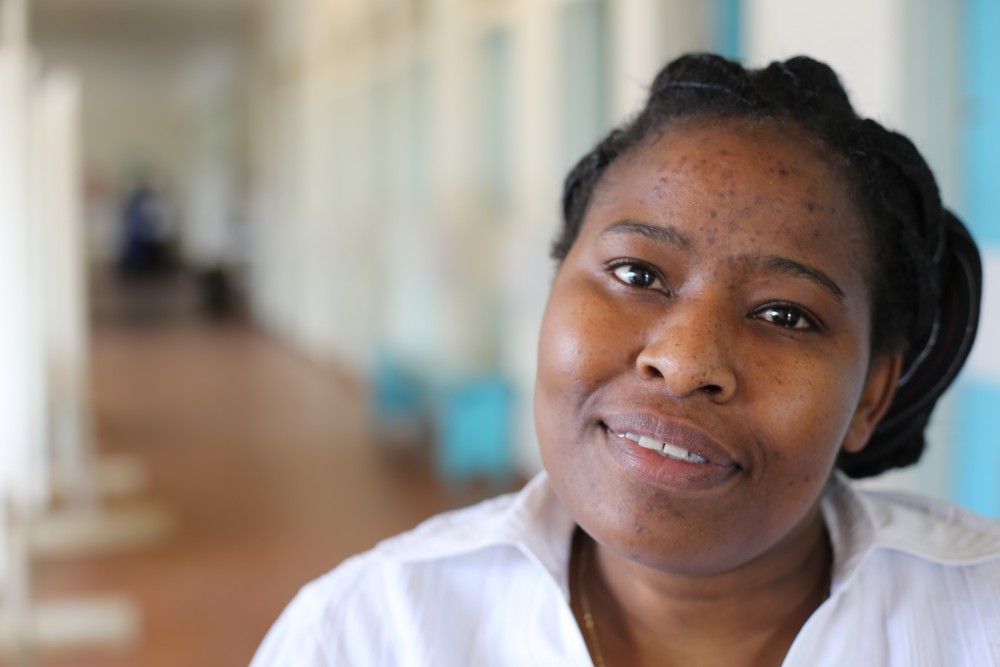 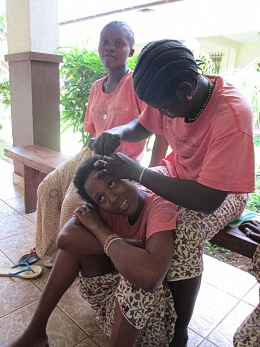 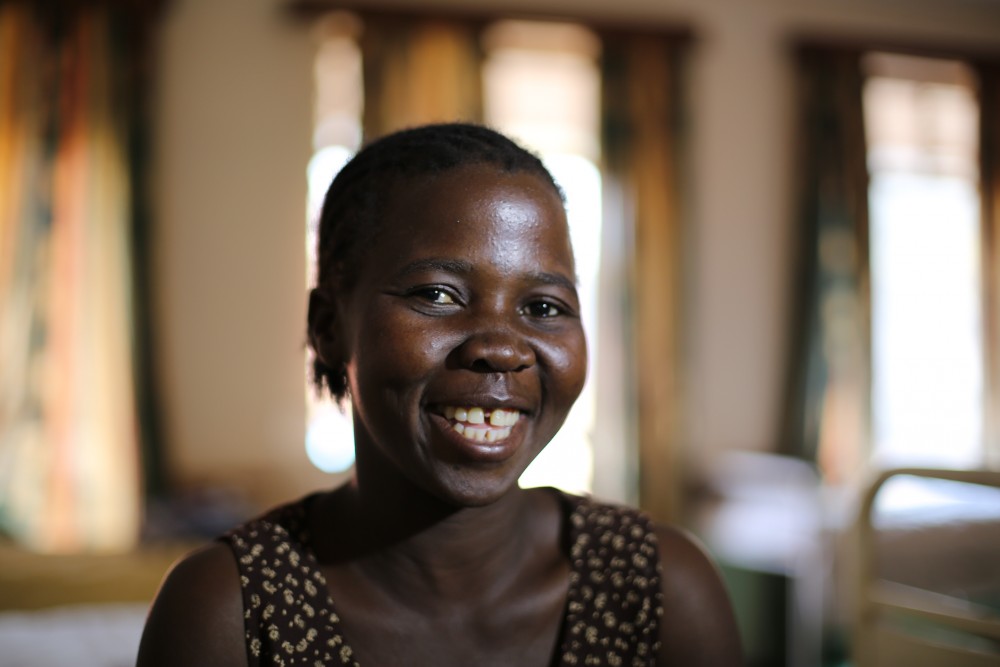 Lois Boyle is Director of Operations and Communications for The Gloag Foundation, Freedom From Fistula Foundation, and Kenya Children's Home.  She is also producer of SHOUT GLADI GLADI.

Boyle oversees the media and communications for all of Ann Gloag's charities, personal investments and family operations.  Working alongside her co-director of operations, she also travels regularly to Africa and oversees the operational running of eight projects in Africa, including the three fistula projects in Sierra Leone, Malawi and Kenya.

A graduate of Scotland's University of St Andrews in International Relations and Economics, Boyle previously lived in New York and Japan and spent sixteen years in Public Relations and Crisis Management.

Along with Bill, she shapes and approves the foundation’s strategies, reviews results, and sets the overall direction of the organization. Together, they meet with grantees and partners to further the foundation’s goal of improving equity in the United States and around the world.

Through her work at the foundation over the last fifteen years, Melinda has seen firsthand that empowering women and girls can bring transformational improvements in the health and prosperity of families, communities and societies. In 2012, Melinda spearheaded the London Summit on Family Planning, which adopted the goal of delivering contraceptives to an additional 120 million women in developing countries by 2020. Her work has led her to increasingly focus on gender equity as a path to meaningful change.

The second of four children, she grew up in Dallas, Texas. She received a bachelor’s degree in computer science and economics from Duke University in 1986 and a master’s in business administration from the Fuqua School of Business in 1987.  After joining Microsoft Corp. that year, she distinguished herself as a leader in the development of multimedia products and was later appointed Microsoft’s General Manager of Information Products. In 1996, Melinda left Microsoft to focus on her philanthropic work and family.

She lives with her husband and three children in Seattle, Washington.

Dr. Gbawuru-Mansaray is a doctor and vesico-vaginal fistula (VVF) surgeon who previously served at the FFFF’s Fistula Care Centre at Bwaila Maternity Hospital in Lilongwe, Malawi and the Aberdeen Women’s Centre (AWC) in Freetown, Sierra Leone. While working at the AWC, she also assumed a leadership position, making and implementing administrative and clinical decisions with the help of her team.  She is currently working in the same capacity at the Freedom From Fistula Foundation’s fistula project at St. Mary’s Mission Hospital in Nairobi, Kenya.

Dr. Gbawuru-Mansara graduated from medical school in Freetown, Sierra Leone, and holds a Bachelors degree in Medicine and Surgery from the University of Sierra Leone.  During her internship, her focus was internal medicine, general surgery, obstetrics, gynecology, and pediatrics.

Hawa Hawatouri is the founder of the Haikal Institute in Sierra Leone, a home where recovering AWC patients receive education and training to prepare them for their reintegration into society.

Hawatouri founded Haikal in 2001 as a school with classes for primary, junior and senior secondary school. Later on she expanded into vocational school at Haikal.  It was not until 2005 that Hawatouri and Haikal moved into offering services for adolescent health, HIV/AIDS, and sexual and reproductive health. In 2009, she began her involvement with fistula patients and in 2015, prenatal care and family planning.

Jude Holden is the Clinical Director for Africa for the Freedom From Fistula Foundation.

Holden is a qualified midwife who has spent 25 years working in the UK National Health Service. Her most recent work is focused primarily on the training and supervision of midwives.

Holden has worked for FFFF since 2010, when she moved to Sierra Leone to become Country Director of the Aberdeen Women’s Centre (AWC) in Freetown. Her duties as Country Director included: overseeing the development of the maternity unit; establishing a training program for the midwives; running the fistula unit and children’s outpatient clinic (treating a thousand children every month); and developing a family planning program. Holden also managed the non-clinical requirements of the centre, coordinated international staff and volunteers, and was

FFFF’s liaison and representative with the Sierra Leone government, and all external partners.

In 2013, Holden became FFFF Clinical Director for Africa, overseeing and developing the clinical projects in their fistula and maternity programs in Sierra Leone, Malawi and Kenya. Her responsibilities include:  moving between countries where she reviews standards and training; ensuring the development of all the fistula and maternity projects; and dealing with Government representatives and partners in each country. Prior to working for FFFF, Jude spent seven months in The Gambia with a UK charity involved with obstetric emergency training within a rural government hospital.

Dr. Stephen Kaliti was the director of the Freedom From Fistula’s Bwaila Maternity Hospital in Lilongwe, Malawi, from 2011-2015. During his first three years at Bwaila he was the consultant Obstetrician Gynecologist. He is currently pursuing a Health Systems and Policy career for vulnerable groups at the Johns Hopkins School of Public Health as a World Bank Scholar.

Moyo is a former nurse/midwife who has run Freedom From Fistula’s Malawi program since it started in 2010 as a ward at the Bwaila Maternity Hospital, before it moved to its current stand-alone unit on the same grounds in 2012.  The Fistula Care Centre treats up to 300 fistula patients each year and runs an education economic and empowerment program to help patients reintegrate back into society and build their own small businesses after their treatment.

Prior to joining Freedom From Fistula Foundation, Margaret worked with the Catholic Health Commission, Lilongwe Archdiocese, as a Home Based Care Coordinator for more than seven years, where she dealt with issues of HIV/AIDS and the training of community volunteers.

Lucy Mwangi is the Country Director for the Freedom From Fistula Foundation in Kenya, responsible for running its fistula health program.

Mwangi has over 24 years experience in Education Management and Community Service. Between 2008 and 2014, she worked as the Education Director of Ann Gloag’s Balcraig Foundation, responsible for running three schools: Soila Maasai Girls Centre (Narok), Jonathan Gloag Academy (Nairobi) and the Mashimoni Squatters Primary School (Kibera, Nairobi). As the Founding Headmistress of the Jonathan Gloag School, she increased the school’s enrollment from 130 pupils to 1060 students by 2014.

Soyinka attended Government College and University College in Ibadan in Nigeria. Soyinka then moved to England, where he graduated in 1958 with a degree in English from the University of Leeds. Upon his return to Nigeria, he founded an acting company and wrote his first important play, “A Dance of the Forests in 1960, followed by “The Strong Breed,” “The Lion and the Jewel,” “The Trials of Brother Jero,” “Jero’s Metamorphosis,” “The Strong Breed,” “Kongi’s Harvest” (made into a 1973 film starring Soyinka and  directed by Ossie Davis),  “The Road,” “From Zia With Love,” “Madmen and Specialists,” “Death and the King’s Horseman,” “The Beatification of Area Boy,” and “King Baabu,” among many others. While the prolific Soyinka (he has published over 200 works) considers himself to be primarily a playwright, he has also written novels, poetry, criticism, two autobiographies, and memoirs.

Soyinka has devoted a large part of his life to protesting repressive governments in Nigeria and in other African countries, both as a writer and through direct political action. He has founded, headed, or participated in many political groups, and has paid the price for his convictions, notably with a two year sentence in solitary confinement in 1967-69. While living abroad, Soyinka was sentenced to death “in absentia.”

After winning the Nobel Prize in 1986, Soyinka became a professor and lecturer at many of the world’s most prestigious universities, including Oxford, Harvard and Yale. Since 2007, he has been Professor in Residence at Loyola Marymount University in Los Angeles.

­­Dr. Wilkinson is the Senior Surgical Consultant for the Freedom From Fistula Foundation.  He has been performing surgeries for obstetric fistula in low resource settings for the last ten years and has trained numerous others in the care of women with the condition. His approach is to address the needs of his patients in the most comprehensive way possible, including issues of sexual function and fertility and after surgery.

Dr. Wilkinson studied at the University of Maryland, Baltimore County, followed by Johns Hopkins Medical School, where he graduated in 1993. After medical school, he completed a residency in Obstetrics and Gynecology and a fellowship in Urogynecology at the University of North Carolina. Since his graduation, he has worked with maternal health projects in India, Cuba, Haiti, the Middle East, Niger, Kenya, Tanzania, Rwanda, Sierra Leone and Malawi.